I’m a strong proponent of data visualization. To truly convey the state of affairs, seeing *is* believing. If you’re familiar with Anscombe’s quartet it drives this point home; it’s an example that comprises four data sets that have nearly identical descriptive statistics, yet appear very different when graphed.

I’ve had my lifetime’s worth of creating Excel pivot tables and corresponding graphs (at one point, many moons ago, I had the highest recorded score in Excel certification testing for AccountTemps). Data Visualization software is popular and widely used. However, while great for the individual analyst, it can wreak havoc in an organization. As one state official said to me, “We used to argue over spreadsheets and numbers, now we argue over pretty pictures” – and when you’re making strategic decision, the veracity of your data is critical.

I had another fortune 100 company that invested in a large contract for data visualization software. (Sadly, if they’d simply upgraded their BI software they would have had that functionality already – but not my fault, it was before I was assigned). Of the thousands of licenses they committed to, they only were able to release around five of them. They had recently changed accounting procedures, and the users kept reverting to old reports with the freedom of self-service. This is further complicated by the ability to export visualizations, manipulate the data, and re-visualize it. In larger organizations, this quickly becomes a grown-up version of “Telephone” – you know, that slumber party game where you whisper in the person’s ear to the right of you and at the end you see how much the original message had changed. With each export and reload, the data becomes more and more skewed. So when looking at data visualization, you need to think about how your organization will rely on that data. You’re making decisions, you need to be able to rely on it. Pretty pictures sells the story, but is the story the truth?

This where the battle begins to educate folks on analytics from a true Business Intelligence system versus “analytics” from a data visualization product. I’ve seen some vendors begin the journey to backward steps into both governance and predictive capabilities. However, the results seem to be clunky and slow. A true Business Intelligence system is key to solid analytics, reliable enough for executives to make strategic decisions. Data governance – Master Data Management, working from the same data sources – one version of the truth – will save your organization exponentially in the long run.

Cognos Analytics version 11 is a true business intelligence system that includes self-service and visualization. Leading the industry for years. (The 2016 Gartner Magic Quadrant didn’t evaluate the true stack due to release dates, I have the official long version if you need it). Quick video here: https://youtu.be/iCjUOd6s4r8

Couple that capability – solid enterprise business intelligence with the exploratory natural language querying and predictive capabilities of Watson Analytics, and WOW – now you’re cooking with gas. This tool is fantastic for exploring data for new discoveries and opportunities. The tool will also bring anomalies to your attention. Descriptive, Predictive, Prescriptive Analytics to drive your business. Here’s a quick video overview: https://youtu.be/u2It7b5j3uw

There’s an option to start with a free trial, in the past I’ve seen some difficulty transferring that work to business account, so ping me before you throw too much work in there- plus I can get your better pricing than web list. Also it’s not as intuitive, or wizard driven as I would like – because, well, I’m lazy, so here’s a quick tutorial I recommend: https://bigdatauniversity.com/courses/introduction-watson-analytics/

Here’s one thing some users won’t be happy about, but you can not export from Watson Analytics – and that’s a good thing I know. But think of it like seat belt and drunk driving laws. It reduces your individual freedom but protects the organization. Sorry, I know, I would have hated it too when I was an analyst.

So plan ahead. The journey starts with descriptive – what’s happened. Originally these were queries on your system of record, or operational data bases. When those queries slowed the system, data warehouses were created, then the crazy proliferation of data marts, and then life got good when we could leverage unstructured data:

Here’s where I got excited… when we could leverage existing systems, operate from the data sources, and reduce the data movement and points of failure:

And, if you’re just now investing, IBM has offerings in each space, and leveraging and investing in the Open Source standards that keep your organization from being locked into proprietary platforms and corresponding talent resources. I’ve mentioned before there were rumors this past fall that a smaller Hadoop tech company ran into funding issues and customers were presented with renewal rates of up to 300%. Which means either biting the bullet or yet another rip and replace migration project getting in the way of the organizational goals.

If you’re in highly secure industry not ready for cloud or hybrid, we also offer a data lake software stack, governed and secure, with a scripted installation that takes less than a day. If your interested in a Proof of Concept on that, I have a couple slots for a no-cost, no obligation, 2 week test drive. We do all the work.

Aviana has documented over $1.8 billion in ROI for their clients. The overwhelming majority of Aviana clients are repeat clients because we keep working until our client is successful. We give our best advice and service regardless of profit. 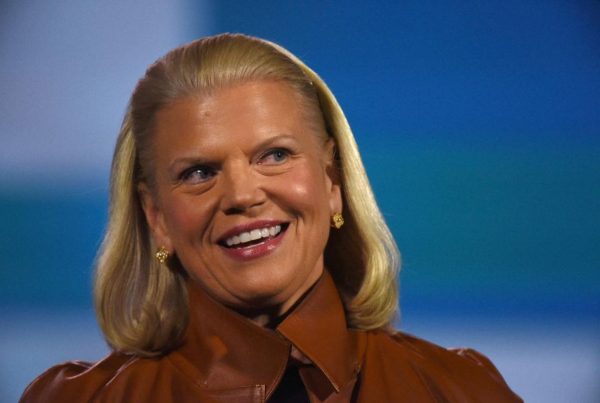 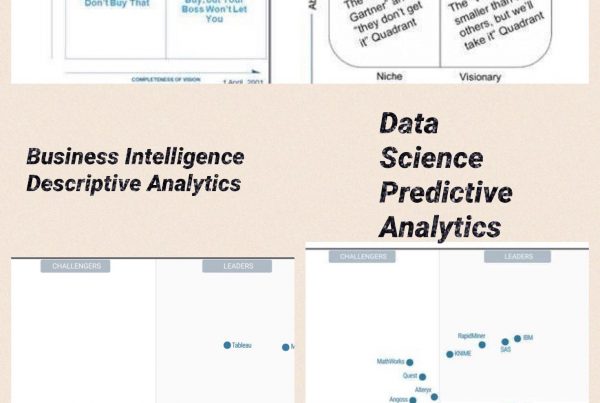 Gartner Magic Quadrants Are Out 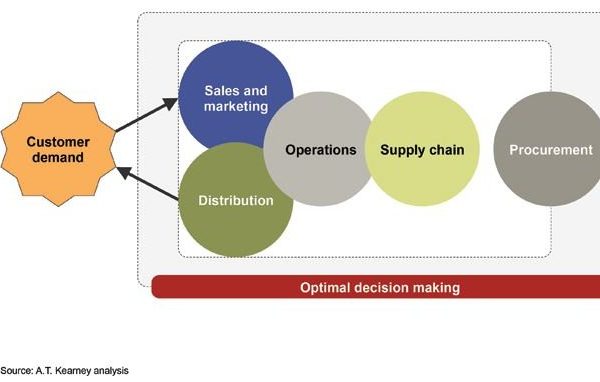