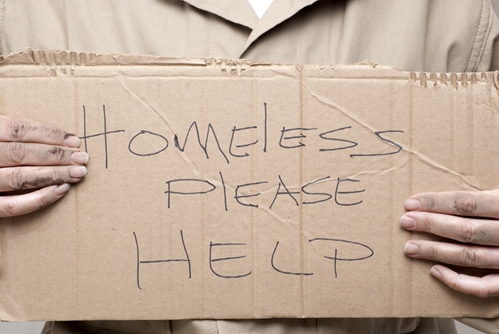 Wanting to make the world a better place is a noble goal, but it's also a bit abstract. Successful nonprofits pair their desire to do good with intelligent decisions to ensure resources and projects actually contribute to positive change.

It's not enough to just give a helping hand to those in need. Unfortunately, some people may try to abuse kindness or may waste opportunities. Worse still, good intentions may lead to unintended consequences. This was the fear when an Indiana nonprofit group proposed providing homeless populations with housing located next a church, according to the Muncie Star Press. The church leaders feared children in the congregation would be exposed to drug addicts and sexual offenders.

The Indiana charity promised to carefully select who would receive housing by investigating criminal records. Mother Jones said new predictive analytic tools can help all organizations aiding homeless populations decide who is most in need of action and where solutions will do the greatest good.

Prioritizing help
A Destination Home survey studied 2,800 homeless individuals in the Los Angeles county area. The research found these people were persistently homeless and cost public services $83,000 a year. It would be much more cost-efficient to provide this group with housing.

A nonprofit organization in Los Angeles decided to implement a predictive algorithm called the Silicon Valley Triage Tool to decide where supplying housing would do the most good. The Intelligent solution analyzes data associated with each individual candidate. This includes history of drug use, diagnosed behavioral disorders, number of hospital visits and arrest records. The nonprofit can use its custom BI solutions to compare how much it would cost the local government if a person remains homeless against the benefits of helping them through low-cost housing.

This allows nonprofits to demonstrate the value of their actions in monetary terms. While good deeds are noble, sometimes it takes hard numbers to convince both supporters and critics when collecting donations.

Big data disrupting charities
The Silicon Valley Triage tools is just one example of a nonprofit using modern big data tools to help homeless populations. The Observer detailed how New York City uses social media and mobile data intelligence tools to track the location of homeless populations in need. At the same time, The New York Department of Homeless Services uses predictive modeling software to help individuals before they lose their housing, according to Forbes.

Knowing where homeless populations exist, when they need help and how much strategies will cost helps nonprofit organizations do the most good by wisely using their resources and communicating value to outside parties.