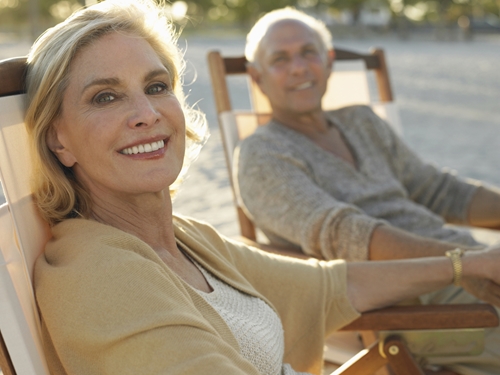 Can analytics change how business market to baby boomers?

Now, more than half a century later, the baby boomer generation is no longer the largest sect of the American population. Boomer-—defined as people born between 1946 and 1964—have a population of 74.9 million in 2015, The Pew Research Center stated. That group was overtaken in size by millennials—people born between 1980 and 2004. There are 75.3 million millennials in the U.S.

Even though they are no longer the largest demographic, baby boomers are still an important audience for businesses because of their size and wealth. But the group is changing as many boomers begin to ease into retirement. For companies that market to these types of customers, the need to understand how boomers impact the economy in the years to come is vital.

Reviewing data and studying analytics can be a guide, clueing businesses in about spending habits and economic trends of baby boomers.

Slowing down work, but not spending
The average American retires at 62, according to a 2014 Gallup survey. For many businesses that deal directly with clients, including retail stores and restaurants, there is a concern that when the majority and eventually all of the baby boomer generation retires, they will slow down their spending.

Yet data shows despite many boomers already reaching the stage in life where they no longer feel the need to work every day, spending has gone up. Americans between the ages of 50 and 64 spend an average of $105 per day, a five-year high for the demographic, a Gallup poll stated. As the American economy as a whole has recovered, so too has spending for this group.

In fact, though they are not as large in size as millennials, appealing to the older generation is of vital importance to companies. Baby boomers spend the most of any sect of the population, as even in 2015, the group controls 70 percent of the total net worth of American households, valued at approximately $7 trillion, according to Baby Boomer Magazine. With disposable income thanks to decades of working and saving, many boomers spend more now than ever before.

Value of predictive data
For companies looking to target baby boomers, understanding how they live every day is important. Stephanie Miles, vice president of member value for the AARP, said that while many boomers are nearing the end of their work lives, they aren’t ready to give up being active in their social lives.

“Just last year we saw in a USA Today/AARP Life Reimagined poll that while more than 90 percent surveyed were happy with their life, they aren’t ready to slow down,” Miles said to U.S. News & World Report.

By utilizing predictive analytics, companies can determine what areas baby boomers are interested in and where they invest their money. Many people of that generation spend more on items like groceries, utilities and home maintenance in 2015 than they did in 2014, a Gallup survey found. Meanwhile, spending on travel and leisure activities – two areas associated with retirement-age people – have seen a decline in spending.

Finding the next trend for baby boomers could be huge for a company, especially if spending among that age group continues to rise.