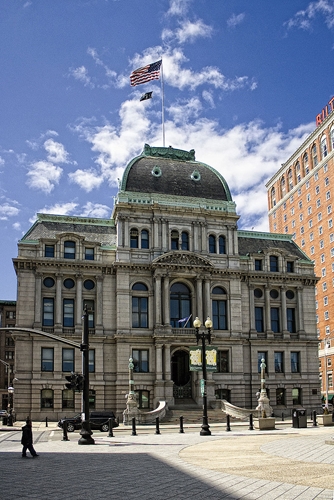 If there's one thing that governments consistently have in abundance, it's data. In fact, as IBM noted in a white paper, the general problem with governments is they have too much data and no real way to use it. Considering they were among the pioneers of computing and creators of information technology, it's still quite amazing they never quite use the information they have to make sound decisions through predictive modeling software. While part of the problem certainly stems from the adversarial nature of politics impeding on things, another issue is state and national governments have yet to see the potential of data-driven governance. As analytics continues to evolve, that is likely to change.

The data politic
Part of the reason agencies have failed to see what data-driven government can do for them is their initial approach to computing technology. For one thing, because the process of implementing computers was a slow and inconsistent process, it made it difficult if not impossible to electronically capture 100 percent of the data received. Another issue was that relational databases weren't possible until a couple decades into development. Mixed with the flat files that most records were made of and sequential storage process, gleaning any information from data became arduous and time-consuming.

Data-driven government is the ultimate end goal from these original processes, but takes a different approach from what came before. It takes advantage of analytics platforms to capture as much information as possible, visualize it based on key metrics, and use that to inform bureaucracies, legislatures and executives on important matters related to the future of a municipality, state or the nation.

Different mechanisms to better decide the future
There are various ways for a government to take a data-driven approach to leading its constituents, as suggested by Canadian government adviser Jason Li. One approach is aligning what governments do with the data with particular business practices. An agency should have organizational strategies based on what purpose the information serves, regulations concerning its capture and standards for management.

Another key point is sharing data. By connecting data nodes, important details can come to light regarding certain individuals and organizations that otherwise wouldn't. The linkage can occur between the municipality, state or federal levels, as well as between agencies. In performing these acts, governments can push an agenda based on data more than politics.