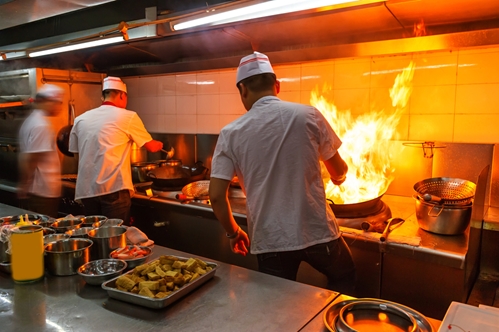 Restaurants around the world already employ hospitality management system software to help managers gauge demand. In fact, the dining industry can be such a hurly-burly world with openings, turnovers and closings that it needs solutions such as predictive analytics to maintain a grasp in the field. However, eateries and their owners aren't the only foodies using predictive modeling tools.

Some local bureaucracies find they can speed up their effectiveness by putting predictive analytics software to work for them. Many cities are already looking to the success of Chicago's city health department after the metropolis began using big data to help it check on the cleanliness of the municipality's restaurants, Data-Smart City Solutions noted.

Fighting foodborne illness
In a city of almost 3 million people that boasts an ever-changing and expanding restaurant scene, keeping track of every eatery along with a list of the inspections they've gone through is daunting.

City food inspectors wanted to cut down on major violations like improperly cooked meat that could lead to foodborne illness, so the city adopted a pilot program using predictive analytics that allowed the civil servants to plug in past restaurant inspection data. The system's algorithms could then run the variables and give the health department a prioritized list of diners, delis and cafeterias to check first.

"Predictive analytics is now a game changer for food inspectors."

More efficient government
Using predictive analytics not only gave Chicago's health department the information it needed, the solution speeds up the entire inspection process. That's especially important since there's an estimated 15,000 dining establishments within the city and fewer than 36 inspectors for all of them, Data-Smart City Solutions noted.

Mobilizing forecasting solutions helped the health department not only be more efficient but also more effective. This is incredibly vital when it comes to minimizing the risk of people across the city getting sick from improperly cooked food.

Predictive analytics is already a game changer for small neighborhood restaurants to large national chains. In fact, Olive Garden puts the software to use to determine the staff levels it needs, cut down on food waste and how long it should take to prepare meals, Forbes reported.  Now, city governments see just how much of a boon the solutions are to their process as it allows them to make decisions that can affect millions of people in just a short amount of time.