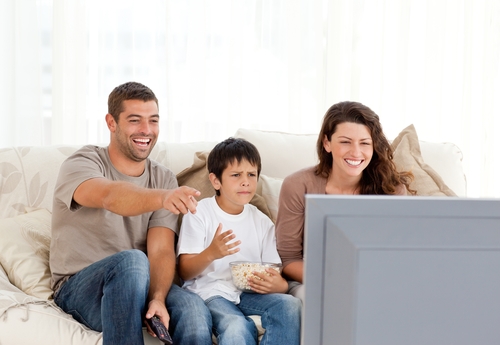 Going to the movies or simply sitting down to watch your favorite TV shows will never be the same. And that could be a good thing for both you and media and entertainment companies. Using big data and predictive modeling tools gives TV and movie studios a much better grasp on what their audiences do and don't want. In a sense, predictive analytics cuts out the guessing game of developing a show and bringing it to air hoping viewers will embrace it by tuning in or streaming it.

" Big data can give media companies insight into viewers' feelings."

The ultimate focus group
Today's media landscape is incredibly varied and complex. Not only must studio and TV channel executives consider their programming and offerings, they must also contemplate the various devices the public will use to watch them on, IBM's Big Data and Analytics Hub blog wrote. Also, they must evaluate the best ways of presenting their shows or movies to the public.

With all of these factors up in the air, big data can give media companies insight into viewers' opinions and even their feelings.

Sometimes audience feedback isn't all that accurate, especially if a movie studio asks viewers to rate a film after they just watched it. More media companies want real-time reactions. That's why producers for the Oscar-nominated film, The Revenant, placed trackers on a test audience to gauge members' heart rates, body temperature and how much they moved during the screening.

Smarter marketing
Not only is producing a show or movie costly, so is marketing them.  Matthew Eric Bassett, the former director of data science at NBCUniversal International, told ODBMS Industry Watch his company used big data and predictive analytics to give it the company a better sense of how effective its marketing dollars were.

"In marketing, we know we're wasting half our money," Bassett told ODMBS Industry Watch. "The problem is that we don't know which half. Big data is helping us solve that age-old marketing problem."

NBCUniversal can now track how a marketing campaign for a TV show or movie does over the course of time, giving the media company a better understanding of what reaches and clicks with its audience.