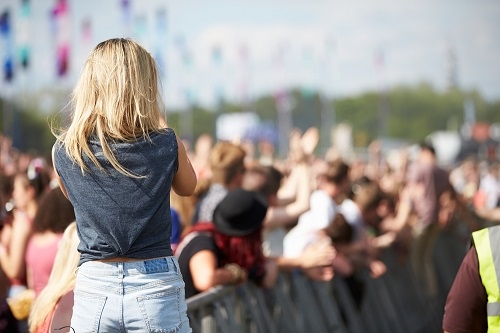 While many of us might welcome the warmer temperatures the approach of spring and summer bring, not everyone is a fan of some of the events these seasons entail. If you're a live music buff but abhor outdoor music festivals, along with their crowds and long lines for food, water and the bathroom, you're not alone. However, with the use of big data and predictive modeling tools, the music festival experience could get a lot better.

Going mobile
Many times it's the sweaty crowds and the sun's hot rays that have some music fans deciding to stay home and just watch the performances on YouTube or another streaming channel. With the introduction of big data and analytics, though, festival organizers can gain greater control when planning their events, IBM's Big Data and Analytics Hub blog noted, and possibly bring those fans out of hibernation.

The Copenhagen Business School decided to study attendees' behaviors at the 2015 Roskilde Festival in Denmark – the largest outdoor music event in northern Europe, IBM reported. By analyzing data collected from 130,000 fans, the researchers found patterns in the concert-goers' actions from how they moved from the different stages to which concession tents they visited the most and when they frequented them.

"Having these analytics in place can minimize accidents at festivals."

Analysts were able to track attendees once festival goers consented to being tracked via their smartphones. The team of research workers also analyzed weather patterns, temperatures, ticket and vendor sales as well as any social media posts about Roskilde in order to potentially provide a happier and safer experience to fans.

Keep on rocking in the free world
The researchers found that crowd movements and behavior can be anticipated, which means event planners and vendors have a better picture of how a mass of fans will act. Having these analytics in place can minimize accidents at festivals and prepare food and drink merchants to ensure there's enough staff on hand to get customers in and out fast.

Making outdoor festivals safer and more convenient for fans is especially vital for event planners as the number of shows grows. More and more people are also attending live music festivals. Nielsen found approximately 32 million people went to at least one event in 2014 and 46 percent of those that attended were millennials.

While it's the acts on the bill that draw many people to pay for a ticket to a music festival, the whole experience also plays a large part in keeping attendees happy and considering whether or not they'd return next year.