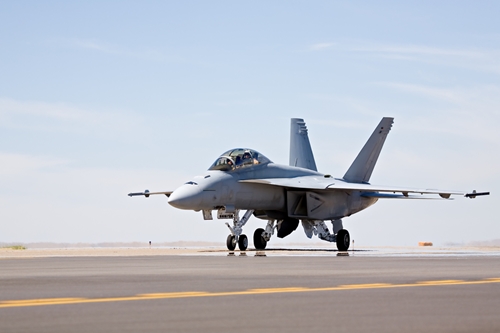 To succeed in any industry, businesses have to be competitive. Products have to be more appealing, customer service must be effective and leaders need to jump on trends faster than other organizations in their field. Making split-second decisions is essential to staying one step ahead of competitors. To do this, managers need all relevant information available and visible in real-time.

Making decisions is even more important on the battlefield where delays or missteps could cost lives. The University of Cincinnati magazine detailed how rapid data processing and modern artificial intelligence can devise and carry out military plans so quickly and accurately it can compete and best top human strategists. Companies should use this example as a motivation to make use of business intelligence solutions in their industries that deliver similar data processes.

Military competition
ALPHA is an artificial intelligence designed by a doctoral graduate from the University of Cincinnati. The Air Force Research Lab uses ALPHA to test combat situations and it wasn’t long until the intelligence proved superior to existing computing options.

To fully test ALPHA’s mettle, Colonel Gene Lee of the United States Air Force went up against the artificial intelligence in a simulator. ALPHA won every combat situation against Lee. The human opponent was unable to secure a single hit and ended every match shot out of the sky. The retired Colonel said he felt like the computer could anticipate his moves and respond to any dynamic changes he tried to make.

Since Lee’s defeat, other military strategists have tried their luck and all have failed. What’s most impressive about this story is that ALPHA doesn’t require much computer power to run. It can function on a low-budget computing option available in any office.

Outpacing competitors
While businesses don’t have to outmaneuver military planes, a computer system that suggests competitive plans and automatically adjusts to changes in the market would be a huge advantage for any organization. IT Pro Portal said artificial intelligence can improve efficiency, speed up the decision making process and improve a business’s bottom line when implemented correctly.

The Harvard Business review suggested artificial intelligence in business markets is still in its infancy, but there have been early adopters. The Healthcare Industry is most interested in predictive analytic tools as they have similar life and death scenarios as military leaders. IBM also creates intelligent business systems for a variety of industries. If an organization wants to outmaneuver competitors, it may be time to speak with a technology management consulting partner.