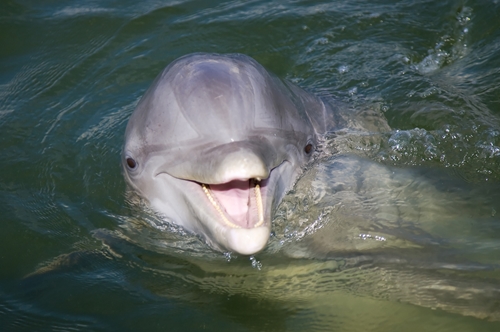 Predictive analytics: a friend to all animals

When it comes to recreational activities, the guest experience can be paramount over all other aspects of operations. This is especially the case with zoos and aquariums. With the primary audience being families with children, these organizations tend to have a more behaviorally demanding group of customers than a luxury retail store or a movie theater. As a result, customer service is a greater concern.

However, until recently, the animal keepers had to rely on word-of-mouth to confirm whether they did a good job keeping families happy. Now, with predictive analytics, it’s possible to assess customer satisfaction through assessing their actions within zoos and aquariums.

Maximizing the crowd and its happiness
One recent example of success is the Georgia Aquarium. In a session with CIO.com, the aquarium’s leading executive on data science, Beach Clark, explained that the venue’s primary concerns were crowd management and how guests felt about their experience. In understanding both of these elements, they could better forecast future crowds in the coming weeks and months, especially as exhibits open and close.

Through the use of analytics software, the aquarium first found that the ideal number of people in the building is far lower than the maximum capacity. This was because higher numbers resulted in a spike of crowding complaints over certain exhibits. It could do this by investing in security cameras with image recognition to keep count. By keeping the crowds at a lower than necessary amount, it could provide people with an optimal experience looking at aquatic life.

However, the Georgia Aquarium isn’t only animal-keeping venue with successes in the field. As noted by IBM, The Cincinnati Zoo and Botanical Garden sought to improve its interactions with guests while at the same time cutting down costs. This was especially important to the park, for it primarily relies on fundraising efforts to pay for maintenance and operations. It sought out methods of analyzing membership, admissions and on-site sales to assess behavior.

By integrating a big data solution with predictive analytics, the Cincinnati Zoo staff also received real-time information on customers through foot traffic and sales at various sites. It helped them understand what people wanted. As a result, they cut advertising expenditures by 43 percent by using market segmentation over mass messaging. That in turn increased attendance by 50,000 in the first year and boosted concession revenues by 25 percent. Both of these practices helped the park become a more efficient operation while keeping guests happy.