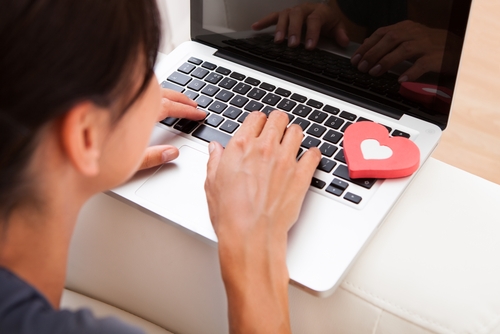 Love in the time of predictive analytics

Businesses use predictive modeling software to determine what their customers will want before their patrons even know it. Big data and analytic solutions, though, aren't solely regulated to the marketplace and business world. In fact, online dating websites employ the same kind of predictive modeling tools that Netflix uses to suggest a movie to you. However, they're suggesting people that could end up having a big impact on your life.

So, if you're still single this Valentine's Day, the odds that you'll use an online dating app to look for love on Feb. 14 are pretty big. Many online dating websites such as OKCupid, JDate and Tinder see a surge in their web traffic every Valentine's Day, according to Time. In fact, Time noted online messaging between users on JDate spikes to 150 percent on Feb. 14.

"The odds that you'll use an online dating app to look for love on Valentine's Day are big."

Looking for the one
Finding someone you match with is all well and good, however, online dating continues to battle a stigma. Do the relationships made over the Internet really last? While this all depends on the couple, predictive analytics can certainly nudge people in the right direction.

Take IBM's big data and analytics solution for eHarmony, a paid dating site that promotes itself over the others as one that helps its users find long-lasting relationships.

eHarmony wanted to leverage the data it already had on its users and find them good matches in real time, according to IBM Analytics. The website also bills itself as the No.1 trusted dating site for singles, so finding the right kind of people for its users to form a romantic bond with is not only crucial to its bottom line but also to its reputation.

Matchmaker make me a match
The company wants to effectively ensure its customers find love using its service and also aims to reduce the divorce rate. So far, they're finding success. Since eHarmony employed predictive analytics, it's able to make 3.5 million matches a day for its users as well as track those relationships' success rates, according to IBM Analytics. Before putting a predictive modeling tool in place, it took hours for eHarmony to find the best compatible match for a person. Now, it can do the same in just a matter of minutes.

The dating website also puts a pen to the long-term success of the matches it makes. According to IBM Analytics, the divorce rate for people matched on eHarmony is 3.8 percent compared with 7 percent for other dating websites and 8 percent for those couples that meet offline.