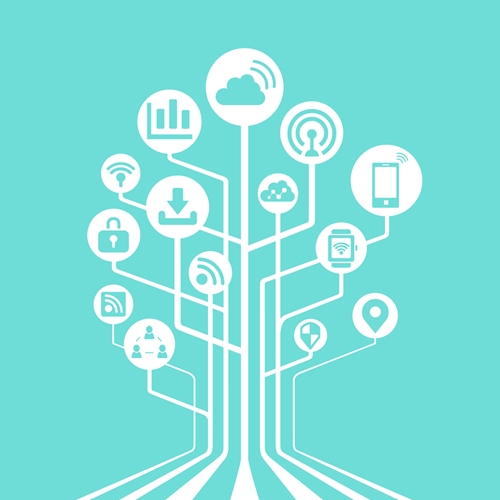 The Internet of Things: An evolution of big data?

Because of the prominence of big data, there is less proselytizing of the technology as being at the cutting edge. The rise of custom BI solutions made that possible for businesses, as business intelligence benefits greatly from the extensive reams of raw data. Now, many firms seem to replace big data as the key tech for enterprise businesses with the Internet of Things. However, is IoT really a replacement? That may not be the case, as the concept presents itself not as a new paradigm in data, but as an evolutionary step of that path big data takes. It can only mean positive things for companies in the future.

The connections businesses make
The key that makes IoT more a part of big data than just its mere replacement is the matter of connections. For business intelligence to work at all, it needs sources of data. While many companies had data points in the past in different ways, IoT takes things a step further by having a greater expanse of them connected to one another. In this system, there's a far more diverse array of information available. The Mobile World Live article cited data professional Matt Roberts as saying big data is  in a symbiotic relationship with IoT as a result.

"A company can get a full customer profile, thanks to IoT."

That leads to situations that are mutually beneficial to businesses and their customers, strengthening their own connections. For example, a company can now get a full picture of its audience at the individual level. It can also establish a better understanding of its networks through certain protocols as SDN and NFV, which records as much information as it transmits. BI solutions such as Cognos BI can interact with data points such as customer relationship management software to create a complete profile.

On the macro level, it goes further. IoT Hub noted that traffic coming from connected devices will only rise in the coming years. There are now a variety of tools that businesses can use, meaning that instead of seeing big data as this phenomenon that only applies to enterprises, small- and medium-sized firms will get the ability to harness important information about their products, services and customers. This in turn will lead to a substantial increase in Internet traffic coming specifically from critical data points, creating a need for bandwidth specifically tailored to them. The IoT serves as a continuation of what big data can do for business, and business intelligence will become critical in the future.