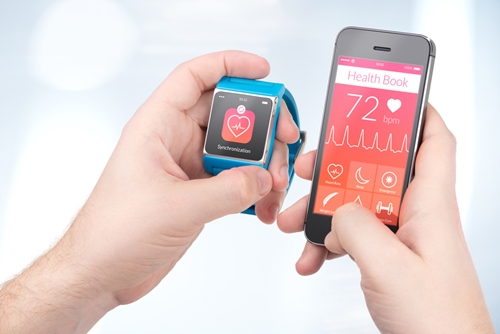 Is this the year of the Quantified Self?

Predictive analytics has a lot of potential applications for various industries and companies. But what about individuals? What chances do they have to apply this type of analysis to their daily lives? It turns out there are already efforts to bring big data into one's lifestyle. As healthcare becomes more important in everyday life, being able to quantify and measure ways to improve a person's well-being becomes more important, as it can often be an effective way to tackle health issues as a whole. A new movement has sprung called the Quantified Self to take advantage of this, and wearables that incorporate predictive analytics will serve as the conduit for a healthcare management system for individuals.

Understanding yourself through data
The Quantified Self, sometimes referred to as self-tracking or self-quantifying, first took shape in 2007 through an article in Wired, according to wearables blog Wareable. The basic idea behind it is simple: It's possible to translate much of what the human body does into readable and usable data. For many years afterward, there were attempts to capture the spirit of this idea through the advent of wearable technology, especially in the form of wristwatch or anklet devices.

"Wearables previously didn't know the difference between a 52-year-old and 27-year-old."

While wearables captured a certain amount of information, they always seemed to fail on the potential of quantifying the self. IBM noted that the primary reason for this was the lack of data contextualization. All the pulse and blood pressure readings would have no meaning whatsoever because there was no connecting the input with the person providing it and making a conclusion from that. The wearables would record a person walking a mile, but that would have different meanings if he or she was a 27-year-old female non-smoker or a 62-year-old male smoker.

Better technology enhances output
The advent of new smartwatches, which provide more output and thus more opportunity for contextualization, changed that situation. Fitbit was the first to enter the foray with a fitness tracker that delivered and analyzed the information through a mobile app. However, the advent of the Apple Watch brought the quantified self to the forefront. Apple's marketing angle for the wearable was heavily based on health and wellness, and many of the first apps on the WatchOS operating system related to fitness. Other smartwatches and wearable devices intend to follow suit in different ways.

On the analysis side, IBM's Watson, whose primary role has been to assess patient data, provides the contextualization through predictive analytics. The service combines the tracking data from wearables with personal health data it gets from patient records to give a meaning to the results of, to give an example, a run. Moreover, when combined with other connected devices including sleep monitors, weight scales and blood pressure readers, it gives a very clear picture of the state of a person's health. The true potential of the Quantified Self becomes clear in healthcare through this fusion of wearable hardware and software-as-a-service: With contextual data from predictive analytics, doctors and hospitals can help more accurately treat patients, saving money and lives at the same time.