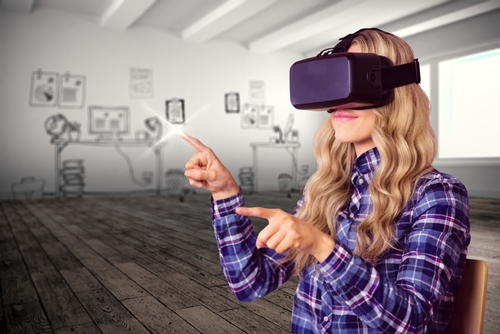 What can virtual reality do for big data?

One of the trickier aspects of big data is presenting a clear picture to all the information a company receives. Visualization is an extremely important method of presenting details that can help create actionable decisions, especially when processed by business intelligence software. However, the visuals often take the form of very simple pie charts or line graphs that are either easy to ignore or too tedious to digest. A new form of visualization can help professionals better understand the data they possess. That’s why an increasing number of businesses are looking to virtual reality technology to help make a better form of visualization and deliver important insights in an immersive manner.

A better vision in the digital world
Virtual reality as a technology has existed since at least the 1990s. For the most part, it’s been relegated to the realm of novelty due to the technical limitations of hardware as well as general health concerns. However, with the rise of advanced headsets that can present more realistic graphics such as the Oculus Rift, the technology could have its heyday as early as 2016.

Part of the appeal of using virtual reality in conjunction with big data comes from the amount of information a person can digest, according to Forbes. It noted that the average person can only process about a kilobit of data per second on a screen, equivalent to a portion of a picture. With VR’s 360-degree field of vision and synchronized movements, the amount of information they can process is much higher, closer to what people process every moment they walk on the street or perform other tasks. This helps them keep up with the large volumes of data that custom BI solutions process every day.

Tire maker Goodyear demonstrated this potential by creating headsets that gathered historical data on their tires in competitive races and developed simulations based on that information. Engineers found flaws in their tires within five minutes of putting the headsets on. There are other examples as well. GE noted the experiences of European researchers in creating the Collective Experience of Empathic Data Systems, a unique approach to understanding information. It allows business professionals to look into the data in a more empathic way. It takes account some of the sensory overload that can occur with virtual reality with a responsive approach that takes into account subconscious reactions and fatigue to create imagery of data sets without feeling overwhelming.