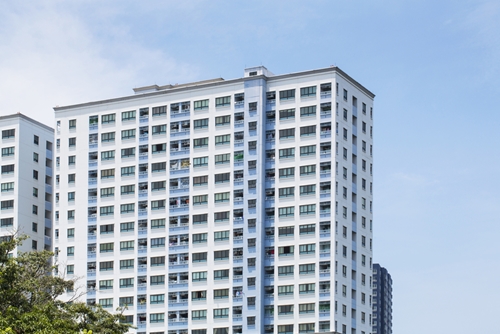 Analytics are Changing How Hotels Sell Their Rooms

In 2013, the occupancy rate for the nearly 5 million hotel rooms across the U.S. was 62.2 percent, according to the American Hotels and Lodging Association. That same year, the average room rate was $110.35, which means the 37.8 percent of vacant rooms cost hotel chains billions of dollars in sales.

Hotels have always tracked customer trends to determine how they should price their rooms to avoid vacancies. But with more detailed data and predictive analytics allowing businesses to develop a greater understanding for the variables that impact how well they can sell their rooms, the industry will be better prepared for the challenges it faces in renting rooms. By recognizing what guests want and how they can properly structure the cost of their space, hotels can generate a rise in bookings and not leave money behind in an empty room.

Raising the RevPAR
It starts with gathering data, which hotels already have a lot of. Years of customer records, hotel expense reports, booking trends and the competition's rates all factor in to determining how a hotel should price its rooms. Factors such as weather, major events near a location and other variables play a role as well.

"Hotels can generate a rise in bookings and not leave money behind in an empty room."

However, the main data hotels study is RevPAR, which is revenue per available room. By dividing the room revenue by the number of rooms in the hotel, a company can figure out how much profit it earn per room. That number is then multiplied by the number of days in a time period the hotel wants to study, so analysts can see how much money per day they bring in. The higher the RevPAR, the more profits the company takes in, according to Hotel News Now.

Predictive analytics utilize similar data to help hotels increase RevPAR. Computer software sorts through all of the information a hotel has gathered and optimizes room prices. By giving hotels the best price a room should be listed as, the business has a better chance to find customers to fill the vacancies and raise revenue. A discounted room is better than an empty one, and the process could lead to large profits.

Getting more from guests
Hyatt Hotels, which had 587 properties around the world at the end of 2014, has invested heavily in predictive analytics. Its goal, like many others in the industry, was to eliminate vacancies and raise RevPAR. But the chain's executives had other goals as well.

Hyatt has a loyal group of regular customers, who are tracked through a membership program. Instead of trying to find new customers, the company studied data to determine how to get their return base of clients to spend more money.

Chris Brogan, Hyatt's senior vice president of strategy and analysis, told Tnooz the business adopted a model similar to Amazon, telling customers, "If you like this, you might like that." By studying when their customers booked rooms, what type of amenities they looked for and how much they were willing to pay, Hyatt's predictive analytics program assisted the company in marketing to its trusted regulars.

"The math is the math," Brogan said. "It only takes you so far. Our operations colleagues have the discretion to act or not on the data points. But we need them to tell us if they acted on the prompt or if they ignored it so that we can keep our data clean."

Hyatt implemented the program last year, and found its early returns to be positive. At Hyatt's U.S. properties in 2014, the average incremental room revenue, post-reservation, increased 60 percent compared to the data from 2013.

By suggesting new offers for their customers to take advantage of, Hyatt is also gaining a better understanding of their customers. Doing so allows them to keep making relevant offers, that will then drive revenue in other areas of the hotel, including at restaurants, pools and room service. The more their customers take advantage of the offers, the more information Hyatt has to work with about what visitors are looking for. This can help Hyatt price its rooms at a better price point. In 2014, Hyatt increased room fees by an average of 13 percent, according to USA Today.

"The program has been a success," continued Brogan. "So we're expanding it to include additional touch points, such as transactional emails and confirmation emails. We're also using the data to craft messages that are more persuasive."

As predictive analytics programs continue to advance, hotels will seek out new ways to implement their powers. By helping fill vacancies and upsell products to customers, the industry has seen the value of what reviewing data can do with the hopes it will lead to greater profits down the road.