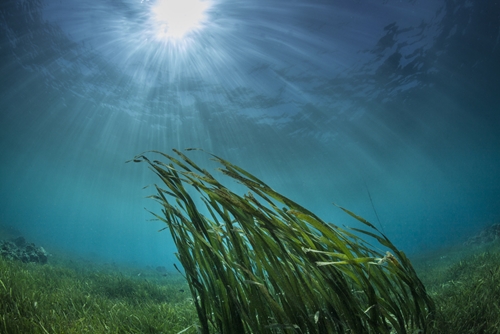 This week marks the start of the most significant conference on climate change in recent memory. COP21, taking place in Paris, will bring in various world leaders in an attempt to hammer out an agreement on the anthropogenic impact on the environment, especially as it relates to climate. However, the governments of the world aren't alone in attempting to address this issue. Many cloud services use analytics to collect the reams of information and utilize predictive modeling software to understand the various parts of the world a rise in the global temperature will touch, from the reefs in the ocean to weather patterns in the desert.

"Big data can visualize the ecosphere of our planet."

Visualizing the effects of climate change
Data always played a role in identifying and explaining the effects of climate change to the world. The constantly-tracked global temperatures requires reading extensive amounts of data. However, there's far more information out there to glean about the environment that climate scientists simply didn't have the ability to process. Now, big data is helping out in major ways, as noted by Data Informed. An example of this situation is to collect enough information to create a simulation of the current ecosphere. By visualizing the world independently, it's possible to demonstrate the effects of a warmer planet by simply raising the temperature through a slider.

The United Nations noted the great potential that big data can have in addressing climate change. The global agency created the Big Data Climate Challenge in 2014 to present not only ways of handling the effects of planetary warming but aid people in counteracting its effects. For example, one of the winners was a decision-making tool that mixed harvest metrics with climate data and seasonal forecasts in order to help rice farmers in Colombia plan their next plantings and yield the most robust crop.

Going beyond the wind
One big player in understanding climate is IBM. The company created some of the first algorithmic models regarding weather in conjunction with the National Oceanic and Atmospheric Administration. It worked closely with Danish wind power company Vestas, using climate data to find the ideal locations to build turbines for optimal electric generation. In late October, it bought out all the digital assets of the Weather Company, which also owns the Weather Channel. This includes 3 billion weather reference points and access to an app with more than 40 million users. Working in conjunction with its machine learning platform Watson, it intends to look into the circumstances surrounding climate change. This technology will no doubt influence conversations this week at COP21 and afterward.